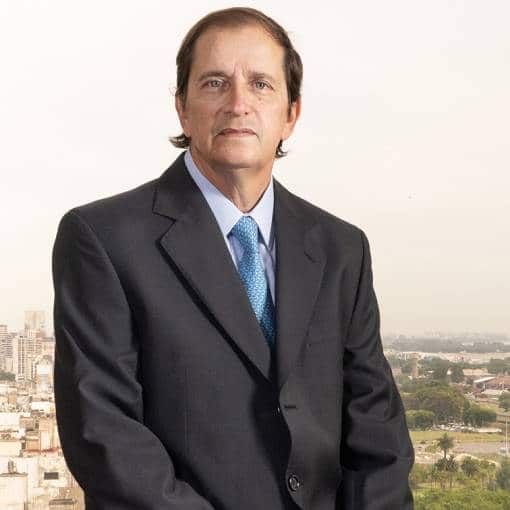 Patricio Rotman is a partner and managing director at Finanzas & Gestión and is responsible for the coordination and execution of financial advisory projects and investment banking transactions for various companies and institutions.

In 2002, Mr. Rotman founded and arranged, along with Mr. Carlos Melconian and Mr. Rodolfo Santangelo, the initial activities of Finanzas & Gestión as a business unit of M&S Consultores specialized in providing financial advisory services to companies.

In his 30 years of experience in business and finance, Patricio Rotman occupied diverse executive positions in public and private organizations in Argentina. Within the public sector and during 2001 and 2002, he was responsible for coordinating the overhaul and reorganization of the National Institute of Social Services (INSS, similar to Medicare in the US), including the renegotiation of all supply contracts and the structuring of a new public auction system for the procurement of critical resources. As consultant to the United Nations (UN) program and under sponsorship of the Inter-American Development Bank (IADB), he advised the Argentine Federal Revenue and Tax Service (AFIP) in the structuring of a plan to modernize and reduce costs in the tax collection system.

From 1987 to 2001, Mr. Rotman held a number of different positions in the private sector, including the development of an extensive professional career in the financial sector for local and foreign financial institutions. He has led and participated in various types of corporate finance and investment banking transactions, including acquisitions and divestitures of Argentine companies, placement of debt and equity securities, implementation of association agreements and joint-ventures, restructuring of financial and commercial debts and promotion of direct investments by local and foreign companies. Furthermore, Mr. Rotman has a deep understanding of the business environment at a regional and sectorial level, having participated in many deals in Argentina, Chile, Brazil and Uruguay during his career.

As a partner and manager of various local consulting firms, he was responsible for the analysis, evaluation and execution of various transactions including mergers, acquisitions and financial restructurings. As Corporative Finance Head of Banque Nationale de Paris, he was responsible for the execution and supervision of deals in the areas of corporate finance, business development, local and foreign direct investments and mergers and acquisitions in Argentina, Chile and Uruguay. Among other transactions, he advised foreign companies that invested in the region and negotiated agreements related to the sale, financing, investment and technological cooperation with investment funds, US and European companies and Argentine clients in the financial, industrial and commercial sectors.

In 2002, Mr. Rotman joined Finanzas & Gestión as a Partner and Executive Director. 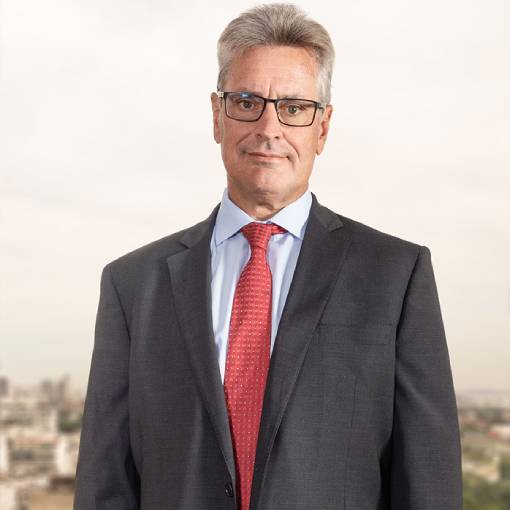 Fernando Badessich is a partner and managing director at Finanzas & Gestión and is responsible for the coordination and execution of financial advisory projects and investment banking transactions for various companies and institutions.

Mr. Badessich obtained a BA in Management from the Universidad de Buenos Aires (UBA) in 1989; he then obtained a degree in Finance and Economy from Harvard University (Extension School of Business, 1990) and a Masters in Business Administration (MBA) degree from Sloan School of Management at MIT (1994).

Mr. Badessich has over 30 years of experience as financial advisor to public and private companies, governmental entities, financial institutions and individuals.

His professional career started in 1990 when he joined Merchant Bankers Asociados as part of the financial advisory team. During those years, he developed experience in privatizations (YPF, Somisa and Gas del Estado), as well as in the valuation and promotion of investment projects in the real estate, energy and telecommunications sector.

Once graduated from MIT, he continued his career in the US (1994 to 1997) as a Salomon Brothers investment banking professional, within the LatAm Corporate Finance Unit. During those years, he became involved in a variety of businesses and with various clients, including advising governments in privatizations (Panama, Dominican Republic, Venezuela, Argentina and Colombia), equity capital markets transactions for a number of companies (Banco Ganadero, Laboratorios Chile, CCU and Siderar), placement of debt securities (144A bonds, Yankee bonds, structured notes, convertibles), advisory in mergers and acquisitions (Rio de Janeiro Refrescos, Kaiser Aluminum, BBV, Bristol Myers) and a large number of other corporate finance transactions.

In 1997, Fernando Badessich returned to Argentina as Country Representative of NationsBank, the fifth largest bank in the US at that time, to further develop its presence in Argentina and Chile. In 1999, as a consequence of the merger of said bank with Bank of America, Mr. Badessich assumed the general coordination of Bank of America’s corporate and investment banking operations in the country, position which he occupied until early 2004. During those years, he developed a fluid dialogue with the local business and financial communities and participated in numerous transactions, including project financing, syndicated loans, bond placements, sale of companies, and restructuring of financial indebtedness, among others. He was also a director of the American Chamber of Commerce in Argentina (AmCham), a member of the Council of the Americas, of the MIT Alumni Club in Argentina, and of other cultural and business institutions.

In 2004, Mr. Badessich joined Finanzas & Gestión as a Partner and Executive Director. 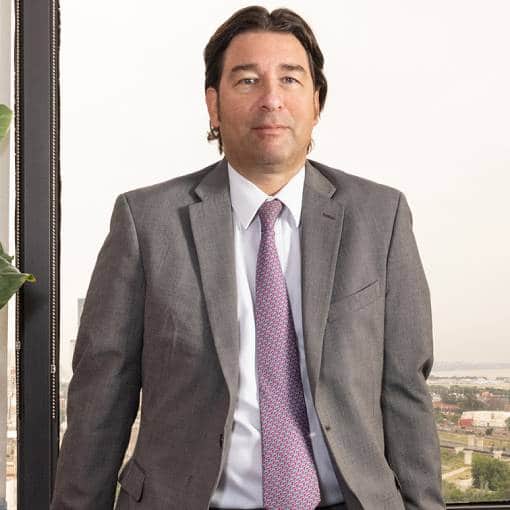 Mario Caramutti is a partner and managing director at Finanzas & Gestión and is responsible for the coordination and execution of financial advisory projects and investment banking transactions for various companies and institutions.

His professional career started in 1993 when he joined the Private Bank at Crédit Lyonnais Argentina, where he was part of a team responsible for delivering investment advice and for administering clients’ portfolios.

In 1994, he continued his career working for the Investment Banking Unit at Banco Galicia. He then joined a team responsible for structuring transactions related to short and long-term financings for Argentine companies, namely equity and debt issuances and syndicated loan transactions. Mr. Caramutti developed solid corporate finance skills through the involvement in a variety of deals, mainly with power and consumer retail companies. Between 1994 and 2003, he participated in transactions in the aggregate amount of US$5 Bn. for various clients of the bank (Canale, Importadora y Exportadora de la Patagonia, Cobra, Instalaciones y Servicios, CAPSA, CAPEX, Aguas Argentinas, Hidroeléctrica Los Nihuiles, Hidroeléctrica Diamante, EDENOR, EDEMSA and IMPSA, among others).

In 2007, Mr. Caramutti moved to Crédit Agricole CIB to assist in the development and implementation of the bank’s growth strategy in Argentina and to manage a limited number of Uruguayan clients. During that period, he also acted as Substitute Representative in front of the Argentine Central Bank (BCRA). Mr. Caramutti actively participated in the origination and execution of the Grupo IMSA US$3.75 Bn. acquisition financing by Ternium, various financings for Pan American Energy for close to US$2.0 Bn., including a US$500mm international bond issuance in 2010, a US$150mm pre-export finance facility for Aluar, a US$100mm structured commodity finance transaction for Pluspetrol and a US$239mm CAF A/B loan facility for Renova.

In 2012, Mr. Caramutti joined Finanzas & Gestión as a Partner and Executive Director. 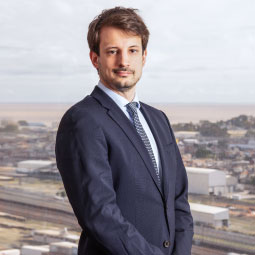 Manuel Freire joined Finanzas & Gestión in 2018. He obtained an Engineering degree from the Instituto Tecnológico de Buenos Aires (ITBA) and a Master in Finance program at the Universidad Torcuato Di Tella (UTDT).

Prior to joining Finanzas & Gestión, Mr. Freire worked as Strategic Planning Analyst at Corporación América and at Compañía General de Combustibles. Formerly, he also worked for SC Johnson and Philips.

Manuel Freire has experience in the analysis, evaluation and execution of various types of corporate finance and investment banking deals. 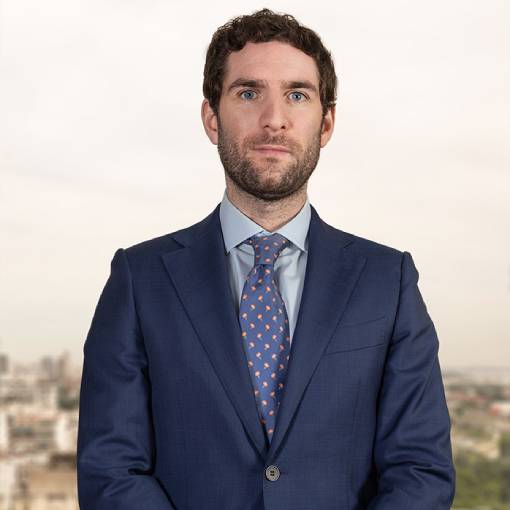 Agustín Magliola joined Finanzas & Gestión in 2017. He obtained a BA in Business Administration and Accounting from the Universidad de San Andrés (UDESA).

Prior to joining Finanzas & Gestión, Mr. Magliola worked at Lazard, being part of transaction teams dedicated to the execution of M&A and debt restructuring projects. Formerly, he also worked for Grupo Bimbo in the company’s Corporate Development Department.

Agustin Magliola has experience in M&A and debt restructuring, having worked all over Latin America for companies in different sectors including financial institutions, consumer retail, manufacturing and logistics. Manuel Saman joined Finanzas & Gestión in 2016 after he obtained a BA in Business Administration from the Universidad Nacional de La Plata (UNLP) and a Master in Finance program at the Universidad Torcuato Di Tella (UTDT).

Prior to joining Finanzas & Gestión, Mr. Saman worked as a Financial Analyst in the Treasury and Planning departments at YPF.

Manuel Saman has experience in the analysis and evaluation and provides support in the execution of various types of corporate finance and investment banking deals.

Marina Navarro joined Finanzas & Gestión in 2020. She obtained a BA in Business Economics from the Universidad Torcuato Di Tella (UTDT).

Prior to joining Finanzas & Gestión, Ms. Navarro worked as a Financial Analyst in the M&A and Corporate Finance department at Deloitte.

Marina Navarro has experience in the analysis and evaluation and provides support in the execution of various types of corporate finance and investment banking deals.

Joaquín Vago joined Finanzas & Gestión in 2020. He obtained a BA in Economics from the Universidad de San Andrés (UdeSA) and is currently in the process of completing a Master in Finance at the Universidad Torcuato Di Tella (UTDT).

Prior to joining Finanzas & Gestión, Mr. Vago worked as a Financial Analyst in the Corporate Finance department at Grupo Financiero Galicia.

Joaquín Vago has experience in the analysis and evaluation and provides support in the execution of various types of corporate finance and investment banking deals.

Matias Richards joined Finanzas & Gestión in 2019. He obtained a BA in Business Administration from the Universidad de San Andres (UdeSA) and is currently in the process of completing a Master in Finance at the Universidad Torcuato Di Tella (UTDT).

Prior to joining Finanzas & Gestión, Mr. Richards worked as a Research Assistant for S&P Global, and in logistics for Fossil Group (Australia).

Matias Richards has experience in the analysis and evaluation and provides support in the execution of various types of corporate finance and investment banking deals. 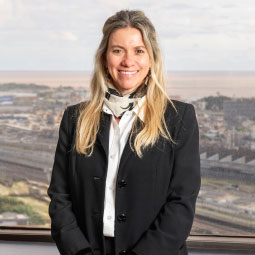 Carolina Hoiak has experience in the coordination and administration of various day to day activities at Finanzas & Gestión, including providing support on accounting and design activities.

Currently pursuing a degree in Economics and Agricultural Administration at the University of Buenos Aires (UBA), Mr. Mendoza joined Finanzas & Gestión in 2018.

Tiago Mendoza supports our administration area and is responsible for various tasks in our office.